Welcome to the Medication Disposal Coalition of Montcalm County! Since 2010, we have been providing information on how to properly store and dispose of medications to ensure a positive impact on the health of our family, neighbors, community, and our environment. As a work team of the Montcalm Prevention Collaborative, we have been able to succeed in major accomplishments in safe medication disposal to include: 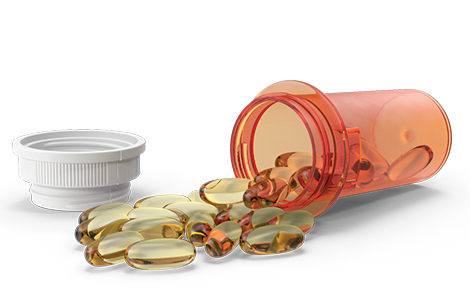 Disposing of medication in the trash or flushing it down the toilet is unsafe. Proper disposal helps prevent childhood poisonings, reduces substance abuse, and protects the water. Medication that has expired, is no longer needed or can't be identified, should be disposed of at one of these local locations:

Importance of Disposing of Medications Properly

Prescription drug abuse continues to grow at an alarming rate. The problem often starts at home, where people begin abusing medication from their own medicine cabinet. Some people experiment with prescription drugs because they think they will have more fun, lose weight, fit in, or study more effectively. Others think prescription drugs are safer and less addictive than street drugs, but that’s just not so.

Americans spend $200 billion annually on prescription drugs. Many of these drugs are kept in unlocked medicine cabinets, making them easily accessible to those whom they were not intended, including children. Thousands of young children wind up in the emergency room each year because they took medications while their caregiver wasn’t looking.

Putting medication in the trash is not a good idea because they can seep out of their containers and contaminate the soil. Flushing medication down the toilet or sink can lead to contamination of the water supply, causing illness to humans, pets, livestock and wildlife.

According to the Michigan Department of Environmental Quality (DEQ), pharmaceuticals have been detected in surface, ground water and municipal water systems.  In fact, 80% of sampled Michigan streams contained detectable levels of Prozac, heart medications, antibiotics, and more.  The presence of these elements has an obvious negative impact on humans, fish, birds, wildlife and livestock.  Furthermore, wastewater treatment plants are not designed to remove most of these compounds that are discharged into our surface and ground water.  Even if you live in a remote area, you should be concerned as your drinking water may be affected.

You may be surprised to learn that:

How to Keep Your Family Safe